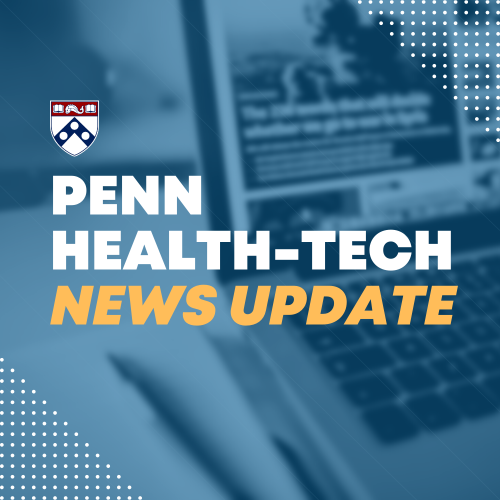 Philadelphia, May 2, 2022 -- In July 2021, the second annual NEMO Prize was awarded to Alex Hughes, Lukasz Bugaj, and Andrew Tsourkas for their project titled Single-cell Proteomic Fingerprinting of Patient Biopsies. The team’s cutting-edge work has the potential to revolutionize the way cancer and other illnesses are detected, diagnosed, and treated. The device they are developing builds on technology for single cell protein separation that is already successfully licensed, but goes much further in allowing researchers to gain new insight into cell states by analyzing the proteins inside them.

As Hughes explained, “funding through mechanisms like the NEMO Prize allows us to say, ‘this is what we want to do, we don’t even know if it’s going to work yet, but let’s aim high.’”

This is exactly the type of project that the NEMO Prize was designed to fund. Established in 2020, the Nemirovsky Engineering and Medicine Opportunity (NEMO) Prize was created to support innovative ideas at the intersection of engineering and medicine. University of Pennsylvania alumnus Ofer Nemirovsky, EE’79, W’79, PAR’21, created the prize through a generous gift. Nemirovsky is “astonished at the level of ideas that have come through” in the applications for this prize, according to David Meaney, Senior Associate Dean of Penn Engineering, and the head of the review committee for the NEMO Prize and Penn Health-Tech Pioneer funding.

Unlike most other funding opportunities for innovative health technologies, the NEMO Prize is awarded to promising projects that do not yet qualify for federal funding, and/or are not sufficiently developed to attract private investment. The award of $80,000 has been critical to funding this proteomics project, especially as it goes toward the salaries of the technicians and students working in the lab. In addition to the award funding, NEMO Prize winners benefit from advising, strategic planning help, opportunities for collaboration, and other support provided by Penn Health-Tech, which is celebrating its 5-year anniversary on May 2, 2022.

Similarly, Single-cell Proteomic Fingerprinting of Patient Biopsies has tremendous potential for practical application. When the project was being considered for the NEMO Prize, one review committee member said that it would revolutionize cancer diagnostics to the point of making our current technologies seem antiquated. The team’s idea goes far beyond the state-of-the-art.

Recognizing that major health tech breakthroughs are often made possible through interdisciplinary collaborations, the review committee saw how this unique combination of minds could boost innovation. Alex Hughes is an Assistant Professor of Bioengineering and secondary faculty in the Department of Cell and Developmental Biology at the Perelman School of Medicine. In his lab, Hughes focuses on decoding organ formation and the ways that cells work together to create complex structures. This knowledge can be applied in building disease models, reconstituted tissues for regenerative medicine, and new kinds of biomedical devices.

Lukasz Bugaj attended graduate school at UC Berkeley with Hughes, and the two have worked together on previous projects. Bugaj is an Assistant Professor in the Penn Bioengineering Department, and his research interests include cancer biology and cell signaling. Andrew Tsourkas, a colleague of Bugaj, is a Professor of Bioengineering who brings expertise in chemical biology to the team. His lab has focused on targeted antibody and protein-based therapeutics.

The generous NEMO Prize has helped to fund the work of Masha Long, a Bioengineering M.D./Ph.D. student, and Nate Petrikas, a research technician, both of whom work in Hughes’s lab, as well as Will Benman, a Bioengineering Ph.D. student working in Bugaj’s lab. Hughes and Bugaj acknowledge that it would not be possible for the team to develop this technology without the hard work and intellectual curiosity that these three scientists-in-training bring to the project.

As Bugaj explains, “the protein level has a lot more information than just the genetic level. So we’re trying to push technology in this way where nothing exists, to be able to look at proteins with the same throughput, in individual cells, that we can do for things like DNA and RNA.”

In a diagnostic tool as straightforward and widely used as a PCR test for COVID-19, genetic material from a patient’s saliva or mucous is amplified billions of times to the point where it is easy to detect the virus in the sample. The challenge with studying proteins in this way is that, unlike DNA and RNA, they cannot be duplicated. With proteins, it is only possible to identify what is actually present in a sample, and it’s often present in tiny amounts, so detecting it is very challenging at the single-cell level.

To address this challenge, the team has created a device that takes patient samples from tumors, and accomplishes several tasks:

The information that the technology gathers from cells can be used in new and different ways. Tsourkas explains that “you can understand the underlying biology a lot better, understand which proteins are expressed at the single cell level, what the secondary modifications are, and you can collect a lot more bioinformatic data than was possible before. Then you can use that underlying understanding to help better diagnose disease, by looking at biopsy samples to see if a patient is responding to treatment. I think the applications are endless, all the way from basic biology, through diagnostics, through monitoring therapeutic efficacy.”

A practical benefit of this technology is that it does not require a large tissue sample from the patient. Because very few cells are lost in the process, it is possible to use a sample as small as a fine-needle aspiration biopsy from a tumor. This is particularly helpful in cases where the location of the tumor or lesion makes it risky or even impossible to take a larger tissue sample. Taking smaller samples also causes less discomfort to the patient.

The application of this technology that Bugaj is particularly excited about is the potential to better understand how cancer cells respond to treatment. When treating a cancer cell population outside of the body, an anti-cancer drug may successfully kill 99% of the cancer cells. The rest of the cells somehow survive the treatment, and are then resistant to further treatment with the same drug. Bugaj hopes to study the drug resistance pathways that allow the cells to evade treatment and continue growing.

David Meaney, head of the NEMO Prize’s review committee, mentioned this possible application of the technology when discussing why the project was selected for the 2021 NEMO Prize. Meaney suggested this tool could be used in precision medicine, given “that every disease in every person is different, and that we need to offer them different treatment.” Understanding the signals coming from drug-resistant cancer cells could someday allow for extraordinarily individualized anti-cancer therapy.

"I think the applications are endless, all the way from basic biology, through diagnostics, through monitoring therapeutic efficacy."

Given Hughes’s work on organ regeneration and the formation of complex cell structures, he is also eager to apply this technology to the study of kidney development and congenital kidney disorders.

“We think that this technology could be really useful for understanding at a cell level what is being dysregulated in these congenital diseases, and how that could relate to errors in kidney formation in utero.” This concept could be applied to other organs as well, bringing a new level of understanding of how both healthy, and unhealthy, cells work within the body.

Next Steps for the Project, Lessons Learned

At this point, the team is working on one of the central challenges of this project. “Once we have the genetic fingerprint of all the proteins, we have to extract the material and sequence it. So it’s a process of reading all the pieces of DNA and determining which targets are there in which amount,” explained Hughes.

Bugaj added that supply chain issues have affected their timeline, given that some companies producing specialized components have either shut down or slowed production. These problems are affecting all scientists currently. Nevertheless, the team has continued to make progress toward the goals they outlined in their award application.

Thanks to the year of funding that the NEMO Prize offered, Hughes, Bugaj, and Tsourkas are much closer to achieving proof of concept for this technology. This would make the project competitive for substantial funding from national funding agencies like the NIH. “It’s a great launchpad towards long-term funding,” said Hughes.

In addition to opening up future funding opportunities, the NEMO Prize and Penn Health-Tech—the center that manages the award—have helped get the word out about this project. They have also provided opportunities for team members to discuss their ideas with other faculty at seminars and symposiums. In fact, Hughes and Bugaj originally connected with Tsourkas at one such campus event when Tsourkas gave a talk on his research, and the three began to talk with each other afterwards.

This ability to connect with other scientists and researchers is part of what makes Penn an ideal place for collaboration and scientific innovation. The Principal Investigators (PIs) on the project all commented on the importance of having “people from different backgrounds talking to each other, being willing to share ideas and protocols, and being open to working together.”

When asked what advice they would give to future applicants for the NEMO Prize, Hughes recommended they bring “really unconventional ideas, and unconventional teams as well, bringing in people from disparate fields and pitching something that wouldn’t be possible otherwise.” He suggested applicants propose ideas that they know are cutting edge, but that do not yet have the full proof-of-concept needed for other funding sources.

David Meaney corroborated Hughes’s point. “The projects that rise to receive the highest enthusiasm have ideas that are bold. Don’t worry if it’s not yet proven!” He added that applicants should make sure they have a great team, as did Hughes, Bugaj, and Tsourkas. “If you’re looking for another team member, Penn Health-Tech is ready and willing to help you find the right person to join up with.”

Bugaj also encouraged applicants to think about what steps they would want to take if they should have success with their technology. Whether the project would advance scientific understanding, or be applicable in clinical settings, Bugaj suggested that teams applying for the prize have a clear idea of which areas their idea would fundamentally change if it came to fruition.

For now, Hughes, Bugaj, and Tsourkas, as well as the students and technicians in their labs, are focused on hammering away on the technical challenges and improving the technology, one step at a time. As Bugaj explained, “It’s just a great opportunity, and we’re very fortunate to have it.”